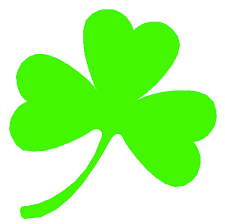 
[The Top Gear presenter] was not being racist when he used the word “pikey” on Top Gear, the BBC Trust has ruled, in a decision which has sparked condemnation from the Traveller Movement.

The presenter, whose future is in doubt following a “fracas” with a producer on the hit series, put up a placard with the words Pikey’s Peak on the BBC2 series in February last year.

But the Trust’s Editorial Standards Committee (ESC) concluded that the word had been used to mean “cheap”, rather than as a term of racist or ethnic abuse.

That, unlike Johnny Mercer, he hadn't any gypsy in his heart? But should the Sullivans of the world object to;


A spokesman for the Traveller Movement rejected the decision, saying: “We are horrified by the BBC’s green lighting of the use of the word ‘pikey’ by the Top Gear presenters.”

Where do we go to get our day in Beeb-court?
Posted by Patrick Sullivan at 8:41 AM