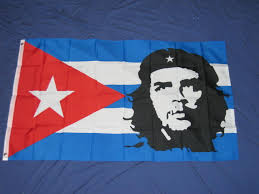 Whoever is writing Fidel's stuff says, Happy Travails to You;


[A mi amigo:] Honorable President of the Bolivarian Republic of Venezuela, Nicolás Maduro:

As the press has reported, tomorrow Tuesday March 17, an Alba Summit will take place in Caracas to analyze the outrageous policy of the United States government toward Venezuela and Alba.


The idea of creating this organization came from Chávez himself, wanting to share with his Caribbean brothers and sisters the enormous economic resources with which nature had blessed his native homeland, the benefits of which had however landed in the hands of powerful U.S. corporations, and a few Venezuelan millionaires.

And now are in the hands a few Venezuelans with political power (who operate under the thumb of Cuban secret police and military advisers).


Corruption and squandering were the fundamental motivations of the first oligarchy with fascist tendencies, addicted to violence and crime. The violence and crime committed against the heroic Venezuelan people was so intolerable that it can never be forgotten, and a return will never be allowed to the shameful past of the pre-revolutionary era which led to attacks on commercial centers and the murder of thousands of people, the number of which no one can today confirm.

But, in the bad ol' days, Venezuelans could walk into a supermarket and buy cooking oil, tortillas and toilet paper without waiting in lines for hours.
Posted by Patrick Sullivan at 9:33 AM