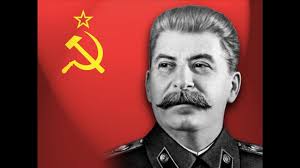 He's back...when it comes to terror, to being an unperson;

The director of a Russian museum at a Stalin-era prison camp says local officials have taken over the site and removed references to the Soviet dictator's crimes.
"Of course it's a political move," Viktor Shmyrov told the BBC.

Perm-36, in Russia's Ural mountains, is the only surviving camp with buildings dating back to the Stalinist terror.

Stalin's favorite vacation spot was in the Crimea. Maybe they've put him back there, now that Crimea is once again Russian.
Posted by Patrick Sullivan at 10:47 AM