Where have all the Young Pioneers gone

It takes all kinds to make the Proud Papa world;


My seven-year-old daughter’s new favorite song is, no joke, “Banks of Marble,” sung by Pete Seeger. I swear I had nothing to do with it. She found a Pete Seeger CD one day, which I didn’t even know we had, and put it into our old boombox/CD player when my wife and I were out.

There's a book written specifically as an antidote to that kind of parenting; 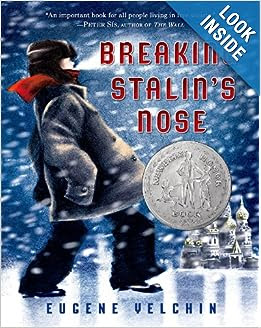 Sasha Zaichik has known the laws of the Soviet Young Pioneers since the age of six:

The Young Pioneer is devoted to Comrade Stalin, the Communist Party, and Communism.

A Young Pioneer is a reliable comrade and always acts according to conscience.

A Young Pioneer has a right to criticize shortcomings.

But now that it is finally time to join the Young Pioneers, the day Sasha has awaited for so long, everything seems to go awry. He breaks a classmate's glasses with a snowball. He accidentally damages a bust of Stalin in the school hallway.  And worst of all, his father, the best Communist he knows, was arrested just last night.

Posted by Patrick Sullivan at 3:44 PM