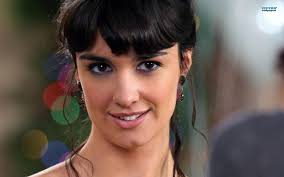 
I do have some sympathy for the vociferous outpourings of groups such as the ‘Sevilla sin Ruido’ (Sevilla without noise), who campaign against the city’s noise levels, proclaimed by the World Health Organisation as the second highest in the world. You would imagine then that such neighbourhood action groups would be delighted by the recently announced noise abatement measures introduced by the city council to temper the cacophonous reality of every day life in the Andalusian capital.

The lengthy official document outlining a whole host of bylaws appears not to leave any stone uncovered, in which noise pollution misdemeanours include playing dominoes or dice on a bar’s terraza, eating standing up outside a bar, shouting and singing in the street, no unnecessary revving of car engines or playing music too loud on the car stereo, no pulling tables and chairs along the ground on outside terraces, no televisions set up outside bars, no honking car horns unless to warn of a possible collision or danger, no car alarms going off for more than 3 minutes, no leaving noisy domestic pets alone and no playing musical instruments at home if there have been any previous complaints by neighbours, to name but a few.

There is, however, one important fly in the ointment. While most of the legislation is geared towards guaranteeing the basic human right of getting a good night’s sleep, the environmental inspectors charged with measuring noise levels on their specialist equipment work only during the day....

Posted by Patrick Sullivan at 9:45 AM