Please, Sir, can I have some more? 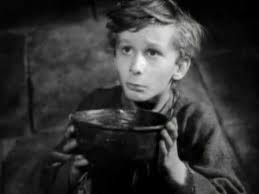 Shake Shack will provide, if the investors will cough up;


Shake Shack, a hamburger chain that prides itself on fresh ingredients and good service, soared Friday in its first day of trade on Wall Street.

"They're not eating fast food. They want more. They expect more."

Shake Shack began as a NYC hot dog cart in 2001. Today it has 60 locations and is valued at market at over one billion dollars.

Update: More pay for more (or better) output, as the textbooks have it;


When it filed for its public stock sale, Shack Shack wrote that it paid its workers in New York City a starting salary of $10 per hour - significantly higher than the New York State minimum wage of $8 per hour.

"We believe that this enables us to attract a higher calibre employee and this translates directly to better guest service," the firm said in the filing.

This is deliberate, says MIT's Zeynep Ton, who has studied other firms that pay above minimum wage - firms such as retailer Costco and petrol station-convenience store Quicktrip.

"When you pay more you can attract a more qualified set of employees, you can reduce your employee turnover cost, and you can encourage them to work harder to keep their jobs," she says.

Which doesn't take a Minimum Wage Law, but a business plan.
Posted by Patrick Sullivan at 11:31 AM