No freedom, no fries, no break today 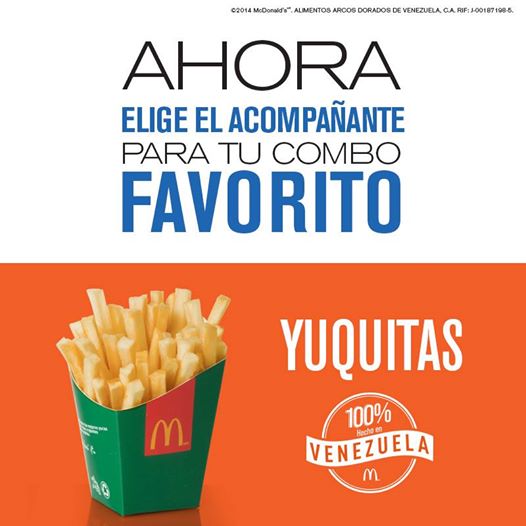 In Venezuela, you can't have the famous fries with your Happy Meal, because the socialists have run out of other peoples money;


Thus, the international franchise joins the list of companies in Venezuela to suffer from the limited allocation of foreign currency.

Since mid 2014, given import difficulties, McDonald’s franchises have decided to purchase potatoes domestically to meet demand. However, the taste, texture, and image of the local chips have failed to match the quality standards of the originals handled by the corporate chain, as explained to local newspaper El Carabobeño by a Valencia franchise manager.

The shortage is not confined to the potatoes themselves. In fact, packaging stocks have run out, and many franchises have simply elected to deliver the potatoes in beverage cups instead.

Posted by Patrick Sullivan at 10:33 AM