As Milton Friedman said, monetary theory is like a Japanese garden, at first glance simple, but upon contemplation subtleties emerge.  The Wall Street Journal needs more time spent in contemplation; 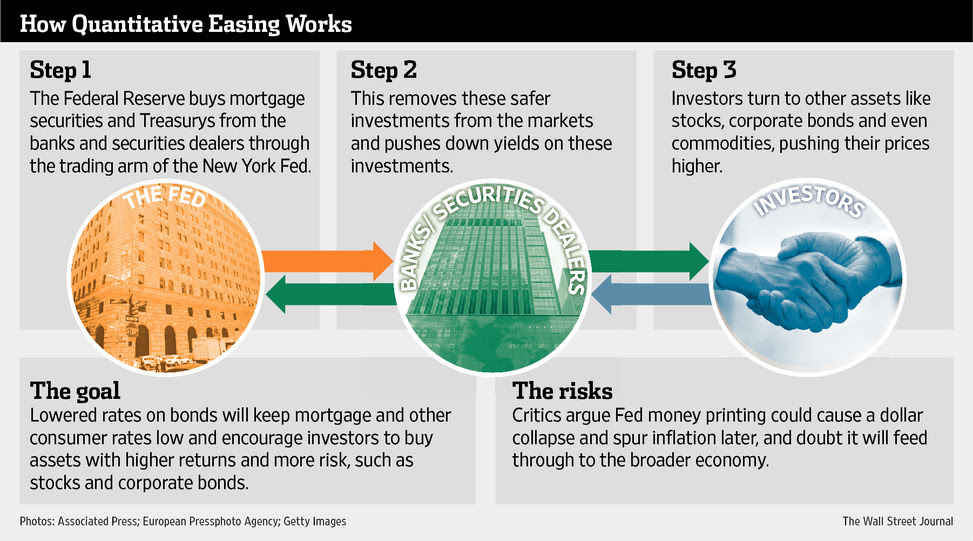 Which is wrong.  QE doesn't work through interest rates.  If it 'works' it does it by converting the increase in the Fed's balance sheet into money (loanable funds in the banking system) that can be spent on goods and services.  Something that wasn't allowed to happen in prior episodes of QE largely by the Fed 'sterilizing' the increase by paying banks to hold the excess as reserves at the Fed.
Posted by Patrick Sullivan at 8:45 AM